News going viral on Social media claiming of Pakistani men marrying two of his own sisters at the same time. 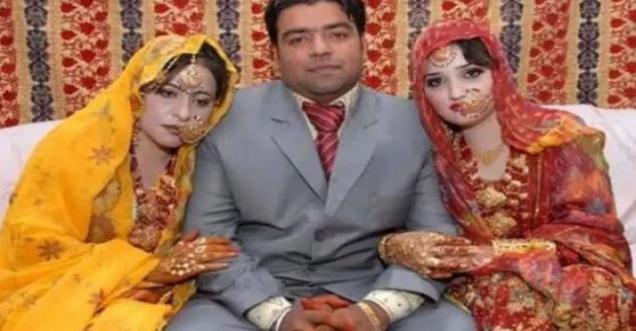 Such acts reduce girls from men and women parity.

That's one reason bacha bazi and goats are alternate. pic.twitter.com/pwVM39aRER

News Verification:  The news about Pakistani man marring his own two cousins is viral for some time.

Traditional Sunni and Shia Islamic marital jurisprudence allow Muslim men to be married to multiple women (a practice known as polygyny and polygamy) — up to four at any point in time.

A Pakistani man believed to be in his late 20’s has married two girls on the same day. His name is Azhar Hydari, He is seen as a hero for marrying two of his cousins; his paternal aunt and paternal uncle’s daughters.

The surprising thing is that even the family members did not protest in any way. Rather pompously got both sisters married to their own cousins.

As per Islamic law, it is allowed to have the second wife, however, the Man should maintain strict equality between the two.

The Pakistani youth is named Azhar Hydari. In his childhood, he was engaged to one of his cousins. But when he grew up, he fell in love with his second cousin. Meanwhile, the man decided that he would marry both his cousins. On this matter, the family members also agreed to this matter.

According to a media report, his cousins, also the brides, when interviewed, revealed that they also did not object to this arrangement.