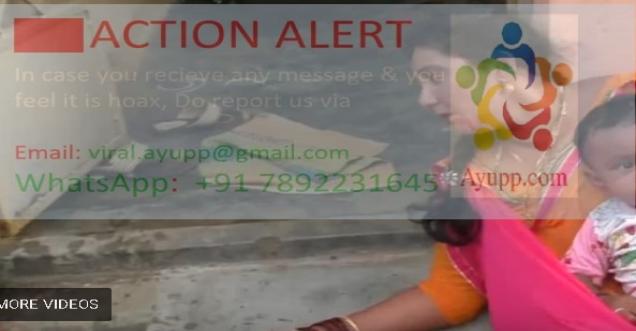 Endian Hindus are entering Muslim’s Homes and killing them for no Reason.
Here a Muslim sister calling us for help.
This is Muslims life in Endia.
My dear sister we will take your Revenge.
Dear Pakistanio Pls Value your PakArmy who are protecting u from these Hindus since 70yrs.

Facts Check News: The post viral on the Pakistan social media pages like Facebook, WhatsApp, twitter and other, claiming Indian Hindus are entering Muslim’s Homes and killing them for no Reason is not true. In the video, we can see a woman crying and asking for help. In the video, it can see the woman profusely bleeding from her mouth as her mother is lying semi-conscious next to her.

The video is also shared suggesting that this happened at Barua Sagar in Jhansi district, UP.

Ayupp Fact check team found that the incident took place in Telangana and not in Jhansi as claimed. The event happened on Aug 2018, where a Telangana cop brutally beats wife, mother-in-law, which was caught on camera.

The cop had no fear that his video was being recorded and he went ahead with the beating and abusing his mother-in-law and wife. The incident happened at his residence where the victim had gone to confront him over his alleged illicit relationship with another woman.

The woman had gone to his house along with her mother and female activists to talk to him about his wrongdoings. Instead, the rogue cop went into a fit of rage upon seeing the cameras and the women activists and did the unthinkable.

In the below video the women from the viral clip from Pakistan can be seen.

Hence the video shared and message given by Pakistan Defence Command is a fake and not from Jhansi or crime against Muslims by Hindus, but it was a domestic violence reported from Telangana.