It is well said fake travel faster, rumors, less information over Coronavirus have added to a large number of real unreal news on the virus, many are now calling it another form of rabies 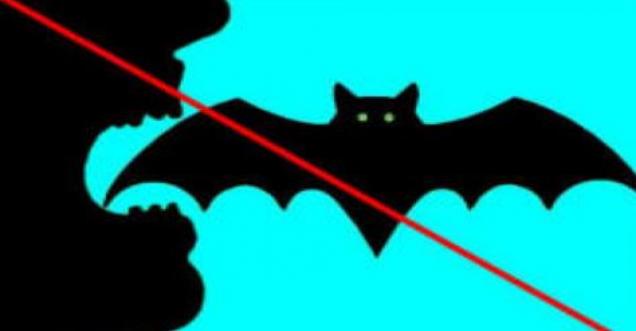 Multiple Fake news claims-: It is well said fake travel faster, rumors, less information over Coronavirus have added to a large number of real unreal news on the virus, many are now calling it another form of rabies..

They said today,,, it's like your mercy to help them go home in the Philippines and they will just eat the bat,, 😢😢

From blog: From Sharon Rose: One of my good friends in real life (she lives just a couple miles from me) has her sister who lives in Wuhan. Her sister said thousands are becoming infected in Wuhan alone each day. She said thousands have died already in their province/ area alone. She said the virus is mutating and is now airborne as well as contractable via body fluids apparently (saliva, etc). The food has run very low as well as supplies like masks and disinfecting alcohol; what remains is being hugely price gouged. They are now staying inside their home only. She said more provinces/ areas are being locked down almost daily. The hospitals are out of beds, leaving the sick no place to go. Doctors are totally wiped out and exhausted. She also said some people are intentionally trying to spread it. One infected man was caught spitting on elevator buttons to try and pass it along. Not sure why some are doing this- Angry they contracted it? Crazy? Or some kind of rabies type mentality? Don't know, but she said there were some doing this. She said the reports aren't trustworthy because things are far worse. I also have a FB friend (who I do not know in real life but have been friends with on FB for long time) His cousin lives 500 km away from Wuhan in China and said China was lying. Over 30 were dead where he lived (and this was as of the 23rd); he flew out to Amsterdam. Both of these sources said that the Chinese New Year is going on now and that millions are travelling all over China because of it- it is akin to our Christmas in magnitude of its celebration. I'll update you if you like as I hear more.

News Verification: There are now people over Social Media who are terming the Corona Virus as another form of Rabies, however, facts are not much known.

We have no reports yet which specifies that the newly found Corona Virus has Rabies.

“It is actually ridiculous to think that this (2019 nCoV) falls within the rhabdovirus family. It is not true, it is a different family of viruses. This is Coronaviridae, this is the family including 2019 nCoV belongs, “said Duque.

A new coronavirus that has claimed 17 lives in Wuhan, China, may have been transmitted to people from snakes, according to genetic analysis. The snakes may have caught the virus from bats in the food market in which both animals were sold.

The nCoV of 2019 first appeared in December 2019 in the city of Wuhan, an important transportation hub in China with a population of 11 million.