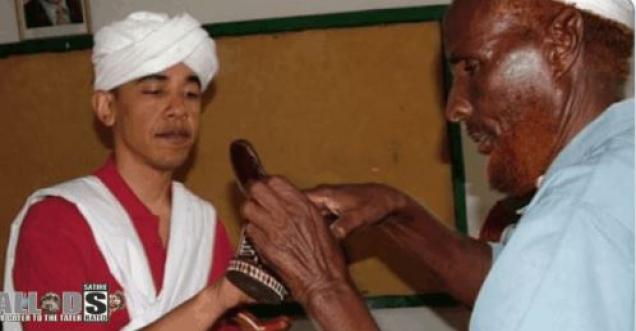 News Claim: A website news shared on social media claims that “Federal Court Rules Obama Can Be Charged as a Terrorist – Usa Newtwork”

The 13th Federal Court of Writs and Warrants has cleared the path for Barack Hussein Obama to be tried for treason. According to the unanimous three-judge ruling, if private citizen Barack Obama committed crimes, he can be prosecuted, regardless of his position when he held them.

That means no more hiding behind “Executive Privilege” or claiming you can’t press charges against a President. You’re not a President anymore. The court agrees.

It will now be up to the Justice Department to see to any charges. According to department spokesman, Art Tubolls:

“Obama can now be charged with treason on 7 counts, including offering foreign aid to the Musselman Brotherhood and sanctioning Islam in the White House. His high crimes and misdemeanors also include saluting with an object in hand, forced servitude of an officer when he made a Marine hold his umbrella, and the wearing of tan after Labor Day before Labor Day.

Federal Court Rules Obama Can Be Charged as a Terrorist – Usa Newtwork https://t.co/VqWSMHdL15

Facts Check Analysis: The fake news shared by usanetwork, obamawatcher on social media pages and is available since 29, 2019, titled, “Federal Court Rules Obama Can Be Charged as a Terrorist”

The news was published by satire websites, Obamawatcher.com is a subsidiary of the “America’s Last Line of Defense” network of parody, satire, and tomfoolery, or as Snopes called it before they lost their war on satire: Junk News

Before you complain and decide satire is synonymous with “comedy”: sat·ire ˈsaˌtī(ə)r noun: The use of humor, irony, exaggeration, OR ridicule to expose and criticize people’s stupidity or vices, particularly in the context of contemporary politics and other topical issues. Everything on this website is fiction. It is not a lie and it is not fake news because it is not real. If you believe that it is real, you should have your head examined. Any similarities between this site’s pure fantasy and actual people, places, and events are purely coincidental and all images should be considered altered and satirical. See above if you’re still having an