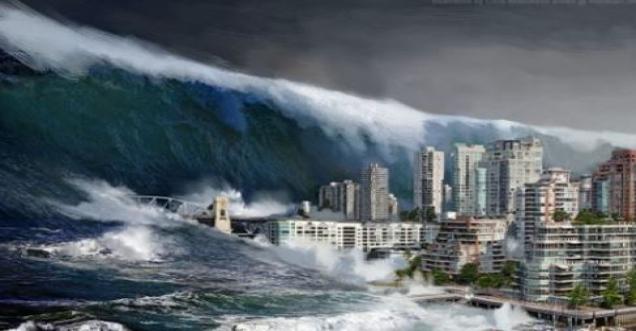 Fake news claim: A message viral in Social Media claiming highest alert for the Taal Volcano in the Philippines..

News Verification: The photo shopped image has been widely shared on Social Media, claiming that Philippines has issued an Alert Level 5 for the Taal volcano. However, we did not find such report Philippine seismology institute wrote on its own Facebook page that the Taal volcano remains at Level 4

Since 8:00 AM this morning, Taal Volcano’s activity has been generally characterized by weak emission of steam-laden plumes 300 to 500 meters high from the Main Crater that drifted to the general southwest.

The Philippine Seismic Network (PSN) plotted a total of seven hundred one (701) volcanic earthquakes since 1:00 PM, January 12, 2020. One hundred seventy-six (176) of these were felt with intensities ranging from Intensity I to V. Since 5:00 AM to 4:00 PM today, there were ten (10) volcanic earthquakes plotted, including one (1) felt event with intensity I.
From 5:00 AM to 4:00 PM today, the Taal Volcano Network, which can record small earthquakes undetectable by the PSN, recorded two hundred forty-four (244) volcanic earthquakes including three (3) low-frequency earthquakes. Such intense seismic activity likely signifies continuous magmatic intrusion beneath the Taal edifice, which may lead to further eruptive activity. The latest sulfur dioxide (SO2) emission was measured at an average of 4353 tonnes/day today at 5:00 PM.

Alert Level 4 remains in effect over Taal Volcano. This means that hazardous explosive eruption is possible within hours to days. DOST-PHIVOLCS strongly reiterates total evacuation of Taal Volcano Island and high-risk areas as identified in the hazard maps within the 14-km radius from Taal Main Crater and along the Pansipit River Valley where fissuring has been observed. Based on PAGASA wind forecast, if the eruption plume remains below five (5) km, ash will be drifted to south and southwest of the Main Crater; however, if a major eruption occurs during the day and eruption column exceeds 5 km, ash will also be drifted to the eastern and northeastern sectors and may fall on portions of Batangas, Laguna and Quezon. Residents around the volcano are advised to guard against the effects of heavy and prolonged ashfall. Civil aviation authorities must advise pilots to avoid the airspace around Taal Volcano as airborne ash and ballistic fragments from the eruption column pose hazards to aircraft. DOST-PHIVOLCS is continually monitoring the eruption and will update all stakeholders of further developments.”