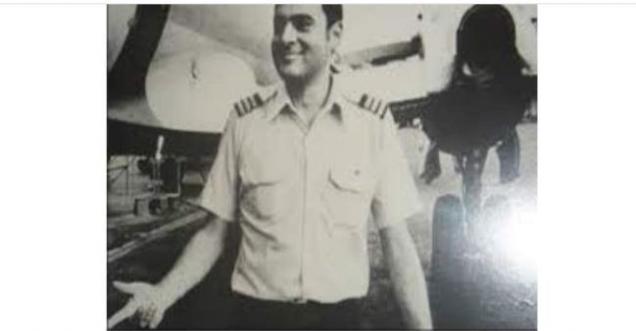 Viral Claim: A news viral on the social media after the Pulwama attack regarding Ex-Prime Minister Rajiv Gandhi, that during the 1971 India-Pakistan war, he went to Italy for holidays.

Facts Check Analysis The message on the social media claiming that the ex PM Rajiv Gandhi, went for holidays to Italy during the 1971 war between India and Pakistan.

It is said that during the 1971 war, Rajiv Gandhi was a regular pilot; however as the war started the entire family went to Italy for vacation. As per the message during the war, only one pilot got a leave and it was Rajiv Gandhi. It says during the war Rajiv was married and he along with his wife, Sonia Gandhi, Rahul Gandhi, Priyanka Gandhi all went to Italy.

What is the truth?

Rajiv Gandhi was never the pilot in the air force and in 1971 though Rahul Gandhi was born, however, Priyanka Gandhi was not born at that time. She was born on 12 January 1972.

Gandhi was a scion of the politically powerful Nehru–Gandhi family, which had been associated with the Indian National Congress party. For much of his childhood, his maternal grandfather Jawaharlal Nehru was Prime Minister. Gandhi attended college in the United Kingdom. He returned to India in 1966 and became a professional pilot for the state-owned Indian Airlines. In 1968 he married Sonia Gandhi; the couple settled in Delhi to a domestic life with their children Rahul Gandhi and Priyanka Gandhi Vadra. For much of the 1970s, his mother Indira Gandhi was prime minister and his brother Sanjay Gandhi an MP; despite this, Rajiv Gandhi remained apolitical. After Sanjay's death in an airplane crash in 1980, Gandhi reluctantly entered politics at the behest of Indira.

In 1971, Indira Gandhi was the PM of India and Rajiv did not join politics. He was the pilot in the domestic airlines the Indian Airlines and was never the part of the fighter airplanes.

So the message viral on the social media regarding the story about Rajiv Gandhi 1971 war pilot is totally wrong.