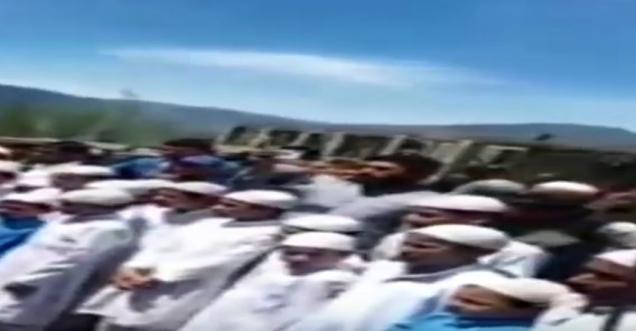 Facts Check Analysis: A video from April showing children in Jammu singing ‘Hindustan Hamara hai’ at a Bharatiya Janata Party event is being shared as kids in Kashmir singing pro-India slogans and welcoming the abrogation of Article 370.

The video clip was shared by a Twitter user Geetika Swami with a caption,
“#KashmirWelcomesChange The children in Kashmir singing ‘Hindustan Hamara hai’ While the seculars are sulking the abrogation of Article 370, an average Kashmiri is celebrating the integration with Mighty India!”

Ayupp found that the video was shot in April this year in Jammu. There is no link between Article 370 and their celebration. The video is short in Jammu and not Kashmir.

The official Twitter handle of BJP Jammu and Kashmir posted the same video on April 15.