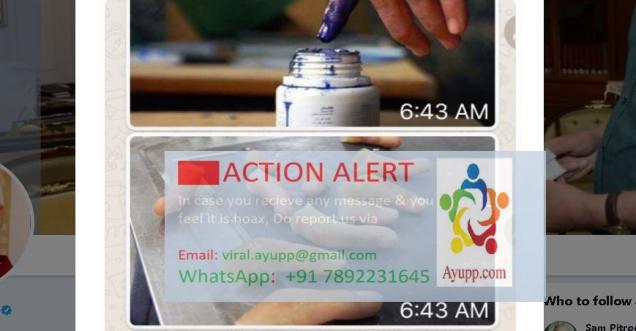 Viral Claim: Images of dummy fingers are viral on the social media with a caption, Fake fingers being made for casting votes, I don’t know where we are going?

Fake fingers being made for casting votes, I don’t know where we are going?
👇 pic.twitter.com/libjXf15f6

Facts Check News: The Image of dummy cropped fingers is actually old. On searching for the actual news on the social media and Google we came across a tweet by former Dr. S.Y.Quraishi.  Dr Quraishihas tweeted a post on 2017 stating someone sent this.

Many users of the social media pointed out and asked Dr. S.Y Quaraishi, do not believe on such fake news and said prosthetic fingers help reform Yakuza Members.

As per abcnews, In Japan, a stunted pinkie signifies membership in the yakuza or Japanese mafia. In a ritual known as "yubitsume," yakuza members are required to chop off their own digits to atone for serious offenses. The left pinkie is usually the first to go, though repeated offenses call for further severing. As a result, those who get out, have a hard time finding work because of the stigma attached to those missing fingers.

The increasing demand for prosthetic pinkies coincides with an aggressive push to crack down on the yakuza. Gang member numbers have steadily declined since the Anti-Organized Crime Law went into effect in 1992. But there are still more than 70,000 gang members, according to the National Police Agency. In recent years, police have clamped down on cash flows, gang activities, and passed measures aimed at pressuring legitimate businesses to cut ties with the mob.