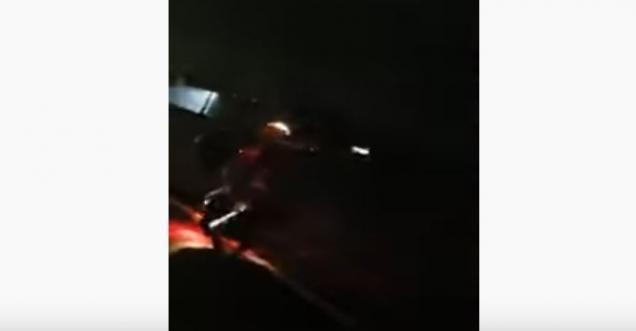 News viral on Social Media: A freaking video from Brazil is passed off as video from ELECTRONIC CITY FLYOVER, BANGALORE

Facts Check Analysis: The video is widely shared and passed off as a video from India, Bangalore.

In the video as can be seen a person is performing some stunt while driving his bike and his friend is filming the video on some highway at a high speed.

On searching for more information of the viral video we came across another video uploaded on YouTube on Jul 24, 2019.

Translated as, “Images show moment of the accident, which occurred on Tuesday night (23) on Santos Dumont Highway”

Rodovia Santos Dumont (officially designated SP-075) is a highway in the state of São Paulo, Brazil.

As per clickpb, A man survived an accident on Tuesday night (23), on the Santos Dumont highway in Campinas, São Paulo. The motorcyclist was rearing his motorcycle when he was hit by a car following behind.

On impact, the bike was totally destroyed.

The recklessness of the motorcyclist is recorded by another boy riding on another motorcycle. Another biker is also caught performing the same maneuver.

The victim was rescued by motorcyclists and the driver of the vehicle.

Ambulance and the Military Police were fired. The man was rescued to the Mario Gatti Hospital with abrasions. The health status was not disclosed.