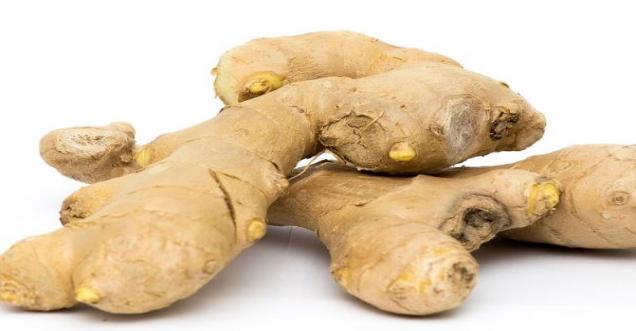 Brief Outline: A message / news viral on social media claim that. Ginger can be used as solution for chemo therapy and a big alternative to cancer treatment.

Turmeric has widely been touted for its effect on cancer, but new research has shown that its cousin ginger is just as powerful. Not only that, it’s been found to be even more effective than some cancer medications at killing cancer. There is even evidence of some cancer medications being ineffective and actually accelerating the death of cancer patients.

Ginger has been used as both food and medicine for thousands of years.

Native to southeastern Asia, ginger has been a common ingredient in these parts of the world and has long been prized for its aromatic, culinary and medicinal properties.

This underground stem, which is used as both a spice and herb, is packed with active ingredients that play a variety of roles in your body and is still a popular remedy for motion and morning sickness.However, current research offers new hope for cancer patients.

Ginger has helped many a cancer patient fend off nausea and inflammation during treatment. Now it appears it can do even more.

In a Georga State University study on the effects of ginger extract on living cells, researchers found that ginger extract induced growth-inhibition and death on cancerous cells, while leaving the healthy cells alone.

Ginger was found found to have virtually no side effects, which separates it from modern-day chemotherapy.  Some forms of chemotherapy have actually been found to increase the rate of metastasis, causing cancer to appear in other organs that were unrelated to the organ being treated.

Today’s episode epitomizes the phrase “food as medicine” and builds the most wonderful bridge between natural and allopathic medicine. When those forces combine, such radical positive change can happen.

We’re discussing new research pointing to a compound in dried ginger that is 10,000 times more effective at killing cancer stem cells than chemotherapy.

Facts Check Analysis: Ginger is widely used across the world and is part of almost all the food items. Many of Indian household kitchens use, ginger in all the major food items.

As per webmd, Ginger May Have Cancer-Fighting Qualities, but it has not been proved as having proved of this.

The study, published in Cancer Prevention Research, is an early step toward finding out whether compounds found in ginger root might prevent colon cancer.

As per many Oncologist, telling ginger is more effective than chemotherapy is totally wrong and misleading.

Chemotherapy is an aggressive form of chemical drug therapy meant to destroy rapidly growing cells in the body. It's usually used to treat cancer, as cancer cells grow and divide faster than other cells. Using alternative like ginger is not correct.