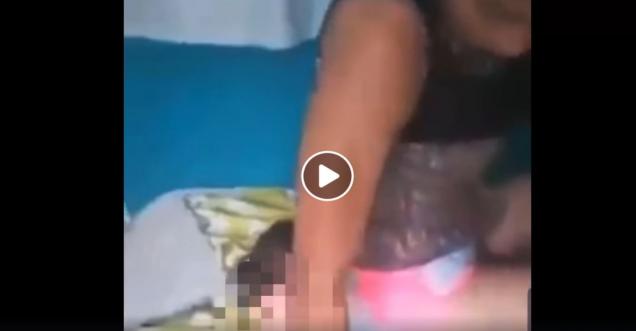 Fake news claim: A video available on social media, where a woman is mercilessly abusing a child is viral, many claiming it to be from India is not true.

On Thursday 11-07-19 the Corpus Christi Police Department received a video from several different sources showing a child being abused.

This video was posted on a local Facebook group and ultimately found its way to us. Since then we have actively attempted to identify the suspect, child, and location of the incident so that this incident can be addressed.

At this time all indications are that the incident did not occur in our jurisdiction and that it occurred in Nuevo Leon, Mexico. We have also received information that this incident may have happened over a year ago.

We are working to identify the specific location of occurrence in Mexico so that the Child Protective Services equivalent in Mexico can be notified, and an investigation can be performed.

We would like to thank all our community that have passed on invaluable information to assist us in this investigation.

News Verification: The disappointing video is not from India, but after seeing the horrific video you would literally feel sad for the girl in the picture, abused by other women.

Facebook has not yet removed the video from the social networking website, assuming the culprit may be caught.

The video is available on Facebook. The video is whatsapp assuming the culprit may be caught.

The incident was reported by Corpus Christi Police Department in Texas, the police department has put the request in facebook, assuming someone can help catch the culprit.

Corpus Christi Police Officers received a copy of this video, which depicts a female assaulting a minor child. The child in the video appears to be a 2 or 3-year-old female. This video appeared in a local closed group on social media, but we are unsure if this video originated within the City of Corpus Christi.

We are attempting to locate the identity of the female in this video.

We have blurred out the image of the minor child for her protection. If anyone has any information on the identity or the whereabouts of the female in this video, please call 911 immediately. You can also call Crime Stoppers at 888-TIPS or online at https://www.p3tips.com/TipForm.aspx?ID=343&C&T&fbclid=IwAR13gZHtlSYfXSzaaHwAP_RkmbfeAA26_IRca7hw_plxMfzbRSb0Dy8qVxs