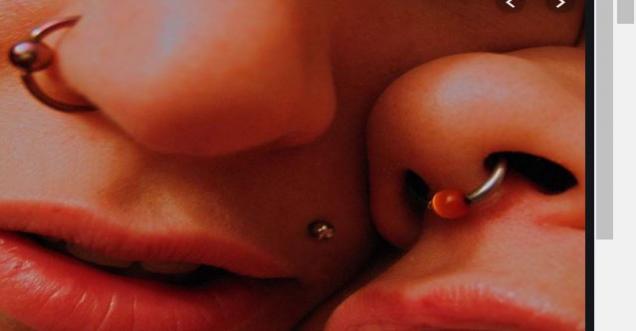 Fake news claim: Ear-piercing "guns" are inherently dangerous and piercing with a hollow needle is always a safer option for ear piercing.

News Verification: The post on the ear –piercing is viral on social media which claims that Ear-piercing "guns" are inherently dangerous and piercing with a hollow needle is always a safer option for ear piercing on December 29, 2019. It is been posted on Facebook by Stephanie Lipscy s which  claim that “say NO to piercing guns,” alongside an illustration of an ear being pierced:

Lipscy said that the use of ear piercing guns caused “a blunt-force trauma” that is always damaging to ears, claiming that until recently, “we didn’t have this kind of knowledge that we have now” regarding the best way to pierce ears:

This is why you should say NO to piercing guns.

Most guns cause a blunt-force trauma that’ll damage your ears. Yes, “back in the days”, we didn’t have this kind of knowledge that we have now. Cartilage does not respond well to the guns and could cause your cartilage to be *shattered* from the trauma.
It’s harder to clean a piercing gun since it cannot be properly sterilized because it’s made of plastic. That can cause the risk of infection (since it already harder to heal) and disease transmission.

Why would you want to be pierced with a dull backing of an earring over a sharp, sterilize needle?
It takes two weeks to train someone how to use a piercing gun, and it takes 6 months to a year to fully train a piercer with the knowledge of proper placements and learning of sterilization of the needles, tapers, jewelry, etc.

We don’t all have the same “standard” ear.

Of course, there’s the risk with any piercings. Proper technique and aftercare is a biggy. Go to a tattoo shop/piercing shop over going to the mall to Claire’s. Spend your money to properly get your ears pierced by a *professional piercer*.

Do your research!
Protect your health!
Say YES to needles. ☺

The circulating post lacked authentication and information from doctors and clinicians. Rachel Smith, nurse, and owner of Clinical Ear Piercing. developed a reputation for expertly piercing newborn babies and children, so much so that in 2014 she founded a company dedicated to the service, Clinical piercing guns were a safer option for young patients and earring-wearers:

Smith uses a piercing gun rather than a needle because of the former’s stability, which is essential for infants in particular.

Founder of CLINICAL EAR PIERCING, with degrees from Hunter College and New York University's School of Nursing, Rachel Smith brings unique skills and benefits to the art of ear piercing. Smith was quoted, as was piercer Miro Hernandez:

This brings us to the other side of potential controversy in the piercing world, piercing guns. “We have a no-piercing-guns stance because of all the repercussions and potential damage they can cause, the questions about sterility and the quality of jewelry, all this stuff comes into play.” Rachel Smith of Clinical Ear Piercing says there is limited research on the difference between piercing with a gun or a needle, but that it is one of the most common questions she gets. She ultimately concluded that “there’s no difference. The tissue damage is virtually the same.”

Still, people like Hernandez take a hard line against the guns: “With a piercing gun, it’s a stud that’s basically loaded in a spring-load cartridge and it’s forced through, and it’s ripping and it’s causing trauma and damage. Whereas with a piercing needle you can make a really clean, simple single incision.” With the rare family doctor who still does piercings, they tend to use guns, though maybe a dermatologist — again, the rare one who actually bothers doing them — will opt for a needle.

Doctors seemed to favor the Blomdahl system, marketed exclusively to medical professionals and reliant on what was often described as a piercing gun.