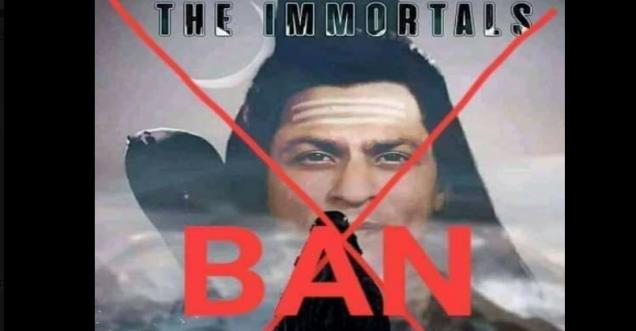 Viral Claim: News shared on the social media claiming that Shahrukh khan, playing the role of Lord Shiva in the Amish Tripathi's novel adaption, movie titled The Immortals of Meluha.

In this film, shivji has been made a joke, this film should be banned, this traitor did not give up our martyr soldier till the tribute. The Film Ban will be banned before the release 😡😡😡 after the post of the post, a lot of food like lovenight has been made. I have not been able to defame India but to defame Hinduism

Facts Check Analysis: This is quite old news and there has been many things happening for the movie and it working. There were many talks over different actors to play the lead role, from the likes of Salman Khan, Varun Dhavan and Tiger Shroff. However, the latest news suggest that Hrithik Roshan is going to play the role of Lord Shiva in this novel adaptation based movie.

There is no news of actor shahrukh khan, playing this role of Lord Shiv, hence the news in the social media claiming he to be part of the movie is absolutely false.