News published on a website rt claims that Sharia principles are to become enshrined in the UK legal system for the first time. 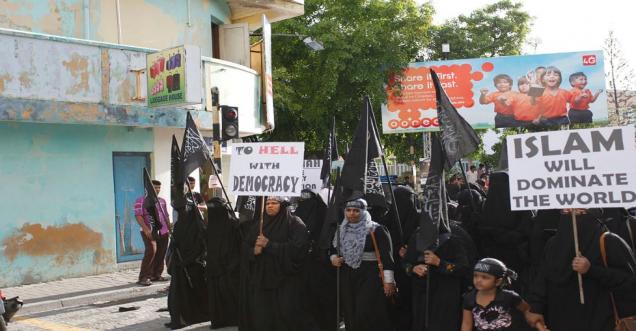 Multiple Fake news claims-: News published on a website rt claims that Sharia principles are to become enshrined in the UK legal system for the first time. Below is the news first published in 2014. Sharia law to be adopted into UK legal system for the first time — RT UK News https://rt.com/uk/147713-sharialaw-uk-legal/  Equal treatment under the law, not for their women, not for their adopted, and more.  The UK you're going downhill.  Fewer rights for their women allowing this! The news published on rt.com

Sharia principles are to become enshrined in the UK legal system for the first time, with The Law Society publishing guidelines for drawing up documents according to Islamic rules, which would exclude non-believers and encroach on women’s rights.

The new guidelines were produced by The Law Society earlier this month. Under the guidance, High Street solicitors will be able to write Islamic wills which will have the power to exclude non-believers completely and deny women an equal share of an inheritance.

“The male heirs in most cases receive double the amount inherited by a female heir of the same class. Non-Muslims may not inherit at all, and only Muslim marriages are recognized,” states the document.

Any children who have been born outside of marriage and even kids who have been adopted will also not be recognized as legitimate heirs.

It also advises lawyers to draft special exclusions from the Wills Act 1837, which would allow gifts or money to pass to the children of an heir who has died, as this practice isn’t recognized in Islamic law.

Sharia law only recognizes Muslim weddings, so anyone who was married in a Christian church or in a civil ceremony would also be excluded from the succession.

At the moment, Sharia law is not formally included in the UK’s laws, though a network of unofficial Sharia courts has developed in Muslim communities to deal with issues within Muslim families.

A few are official tribunals which operate under the Arbitration Act, drafted in 1996 to help settle personal disputes within Britain’s diverse community. They mainly operate in commercial disputes, but can also deal with issues of domestic violence and other family disputes including battles over the inheritance.

There is also a large network of more informal Sharia tribunals, also called “councils,” which are normally based around a mosque and deal with child custody issues and divorces in line with Islamic religious teaching. Their hearings are laid out like courts.

A study compiled four years ago by Civitas think-tank found more than 80 unofficial Sharia courts operating in the UK.

Nicholas Fluck, president of the Law Society, told The Sunday Telegraph that publishing the new guidance would promote “good practice” in applying Islamic principles in the British legal system.

“This is the first time such advice has been published and we hope it will assist solicitors with Sharia probate matters. There is a wide variety of spiritual, religious and cultural beliefs within our population, and the Law Society wants to support its members so they can help clients from all backgrounds,” he said.

However, Sadikur Rahman of the Lawyers Secular Society, said this new guidance legitimizes discrimination towards women and so-called "illegitimate children," and is contrary to the Equality Act by which UK solicitors must abide.

“This raises serious questions about professional ethics and the role of The Law Society. The guidance seems not to recognize that there is a serious potential conflict between the code of Conduct for solicitors and the guidance,” he said.

Baroness Cox, a cross-bench peer who leads a parliamentary campaign to protect women from religious discrimination, said she thought The Law Society's publishing of the guidance was “deeply disturbing” and vowed to raise the issue with ministers.

“Everyone has the freedom to make their own will and everyone has the freedom to let those wills reflect their religious beliefs. But to have an organization such as The Law Society seeming to promote or encourage a policy which is inherently gendered discriminatory in a way which will have very serious implications for women and possibly for children is a matter of deep concern,” she said.

Thesun reported in Jan 2020 that the Muslim population has smashed the three million mark in 2019 and some parts of London are now almost 50 percent Islamic. If current trends continue the areas could become majority Muslim within ten years. Official ONS figures for 2018/19 that were released in December show that there are 3,194,791 Muslims living in England, with over a third aged under 16.

Sharia councils – also known as Sharia courts – have existed in the UK since the early 1980s. The Islamic Sharia Council (ISC) based in Leyton, East London, was established in 1982.

Its website states that it was formed to“solve the matrimonial problems of Muslims living in the United Kingdom in the light of Islamic family law, for example, marriages, divorce and inheritance issues.

The ISC is a Registered Charity2 and not a formal court of law, and therefore only deals with the Islamic Nikah marriage ceremony rather than civil marriage contracts. The ISC lists its broader Objectives as to be of assistance to Muslims in the UK by:

As of the 2018 data figures, it can be known that almost 1.26 million Muslims, make up 14.2 percent of the capital's population. Christian total to around 74 percent of Londoners is listed as Christian or a-religious.

After the migrant crisis that started in 2015, it was reported that Islamic populations would triple by 2050 as refugees headed west. The Islamic community in England is relatively low compared to other religions.

The Law Society claimed it is not true in 2014 that the facts are not correct entirely stating, “

Reports that the Law Society is promoting 'Sharia Law' are inaccurate and ill-informed. We responded to requests from members for guidance. Our practice note focuses on how to do that, where it is allowed under English law”

2/3 We responded to requests from members for guidance

3/3 Our practice note focuses on how to do that, where it is allowed under English law

Telegraph reported, Islamic law is to be effectively enshrined in the British legal system for the first time under guidelines for solicitors on drawing up “Sharia compliant” wills.

Anyone married in a church, or in a civil ceremony, could be excluded from succession under Sharia principles, which recognize only Muslim weddings for inheritance purposes.