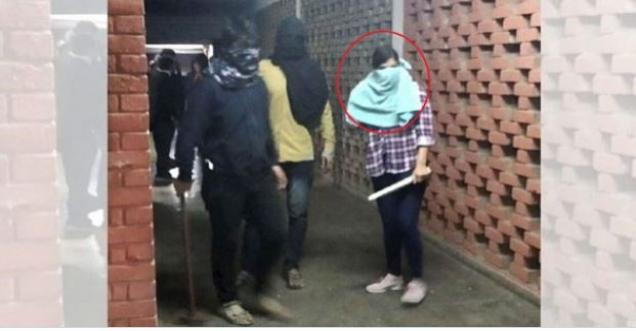 Delhi: Komal Sharma, a student of Delhi University, approached National Commission for Women (NCW), complaining that her name has been maligned. NCW has written to the media houses as well as to Delhi Police to look into the matter.

Komal Sharma alleges that the channel has allegedly maligned her by presenting her as an accused in connection with the attack in JNU. Along with this, Komal has also written to media institutions and Delhi Police asking them to take care of the matter.

In the JNU violence, a girl seen in a check shirt was being said that she was Komal Sharma studying in DU. this is the reason Komal had to go to the National Commission for Women. However, Komal Sharma's name was also taken by the Delhi Police after her name appeared in the media. It was said that Delhi Police is also looking for Komal Sharma based on media reports.