A video viral on social media claiming to be the last video of late actor Rishi Kapoor from H. N. Reliance Foundation Hospital and Research Centre. 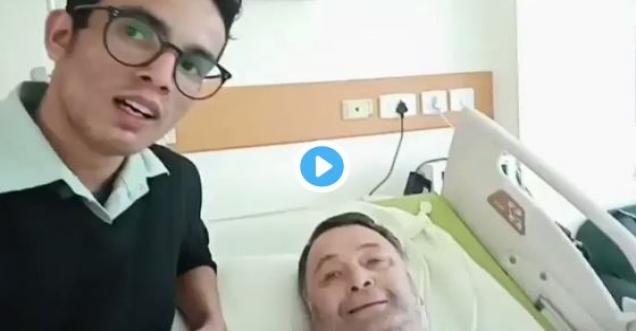 Actually crying
His spirit n his voice still full of life.
Rest in peace sir #RishiKapoor you were loved. His last video

A video shared on social media claiming to be the last video of the late actor Rishi Kapoor at the Hospital is not true. The video was actually shot on February 3rd, 2020 when Rishi was admitted to a hospital in Delhi.

The video has been widely shared by many on the WhatsApp group and individuals claiming them to be recent.

As per mid-day news article dated Feb 2, Rishi Kapoor has been admitted to a hospital in New Delhi and the reason isn't known yet.

Rishi Kapoor hospitalised in New Delhi, Ranbir Kapoor and Alia Bhatt to fly to the capital

Rishi Kapoor, Ranbir Kapoor, Alia Bhatt Rishi Kapoor is one of the actors of Bollywood who successfully fought Cancer after being away from the Hindi film industry for almost a year-and-a-half for his treatment in New York. Given his love for the movies, he even said in one of his interviews how he cannot wait to get back in front of the camera.

VERDICT: The video shared is old