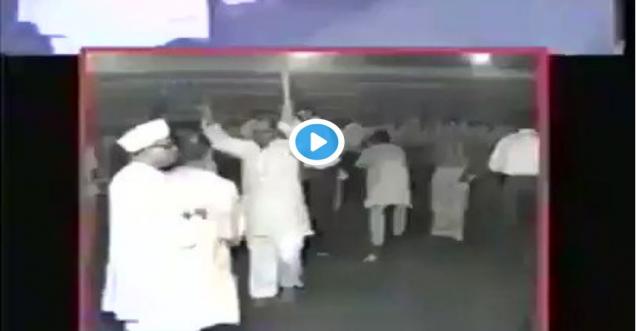 Facts Check Analysis The video shared on social media is not ex-prime Minister of India, MR. Morarji Desai, but Late Kunvarji Lodaya and his brother Murji Lodaya, businessmen from Gujarat.

DeshGujarat contacted Morarji Desai’s great-grandson Madhukeshwar Desai, who after watching this video confirmed this is not Morarji Desai.  Apart from other things, he observed that Morarjibhai would always wear Chudidar. And it’s not just about the dress. Height, body structure, complexion everything is different than how Morarji Desai looked.

Meanwhile, it is learned that this video is a personal marriage ceremony in Mumbai (1994). Late Kunvarji Narshi Lodaya (incorrectly referred as Morarji Desai in social media) was from Kothara, Kutch (resided in Ghatkopar, Mumbai) and his brother Mulji Narshi Shah (Age 83, currently residing in Malad, Mumbai) played a unique type of Dandiya dance pattern known as ‘Dhamal’.