Muslims are in detention camps in Assam 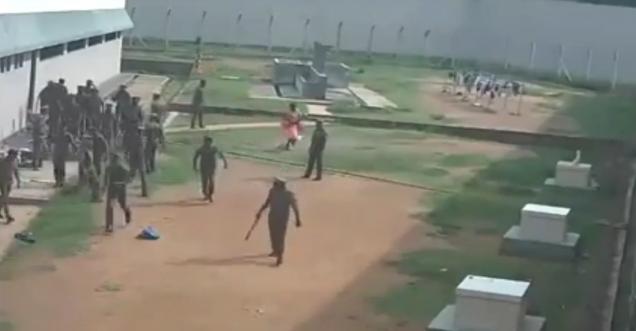 "Muslims are in detention camps in Assam." pic.twitter.com/6bmj7fe2xB

*HOW CAA+NRC IS A TRAP TO MUSLIMS?*

Those who are supporting CAA need to understand the actual plan/issue
1. Create a filter using NRC which will include many with incomplete documents. This will include many people irrespective of religion
2. All these people will be put to detention centres
3. Now, apply CAA. All non-muslims will be granted citizenship through CAA
4. Muslims will stay back in detention camps forever as they couldn't prove their citizenship

This is the reason why muslims are protesting.

Btw, this isn't just an imagination. This is by data. NRC was executed in Assam. Govt assumed there will be a lot of muslims who'll get trapped. To their shock, out of 19L people in detention centres, 12L are Hindus. Now, only way to get them out of detention centres is through CAA. Once CAA is applied these 12L + a few others from the remaining 7L will be granted citizenship. Only muslims will be trapped in the detention centres. Assamese people don't want these 12L+ infiltrators to actually get citizenship and destroy their rights/culture and hence they are protesting for this reason.

In short,
Muslims are protesting against *NRC*

Assam is protesting against *CAA*

Finally to the non muslims who are supporting this. Everyone will have to go through these documents as well and there are chances at least someone in your immediate family (husband or wife) or friends or relatives will end up in detention centres at least for a few days. Imagine you get through and your wife/husband couldn't clear NRC, your kids will also be sent to detention centres

Is it worth all the trouble. Think over!

News Verification:  The video has been widely shared on social media, with the text against the Muslim Community stating” Muslims are in detention camps in Assam. May Allah protect all of them - Ameen Ya Rab. ”. The video has gone viral against the fake fear mongering of the CAA and NRC.

We found more information on the video in a Sri Lankan website asiatimes, shot in November 2018 when Sri Lanka faced a constitutional crisis and lacked an active government. Leaked video footage of a group of unarmed inmates being beaten with batons by prison officials has surfaced, renewing the debate about violations of prisoners’ rights in Sri Lanka.

The Prison Superintendent, dressed in civilian clothing, is shown leading a group of 25 to 30 other jailers, guards and officials, chasing inmates from their cell blocks to open ground in the prison complex.

You would understand more if you view the below video