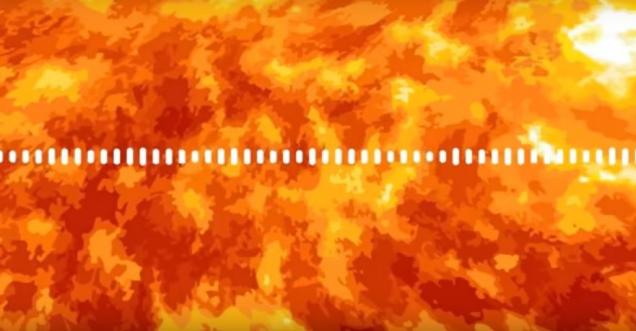 Fake news claim: A video shared by Kiran Bedi, where the Sun can be heard chanting Om, the video claims to be from NASA.

This not the first time this video has been shared on social media, it has been viral over the years. Posting a doctored video on Twitter, she captioned the text read 'NASA Recorded Video of Sun Chanting Om'

However many unaware the sun does have sound, the sound of Vibration.

Data from ESA (European Space Agency) and NASA’s Solar and Heliospheric Observatory (SOHO) has captured the dynamic movement of the Sun’s atmosphere for over 20 years. Today, we can hear the Sun’s movement — all of its waves, loops and eruptions — with our own ears.

This sound helps scientists study what can’t be observed with the naked eye.

“Waves are traveling and bouncing around inside the Sun, and if your eyes were sensitive enough they could actually see this,” said Alex Young, associate director for science in the Heliophysics Science Division at NASA’s Goddard Space Flight Center in Greenbelt, Maryland.

Sounds of the Sun

NASA heliophysicist Alex Young explains how this simple sound connects us with the Sun and all the other stars in the universe.