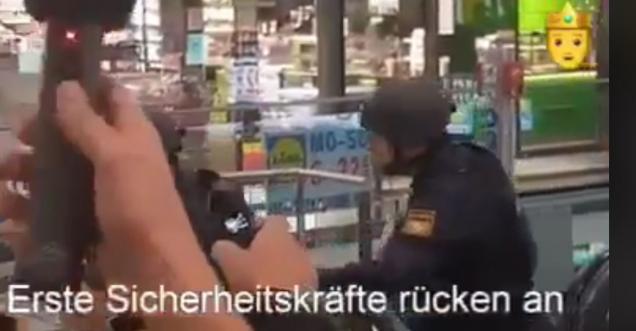 Fake news claim: Multiple posts shared on social media and shared by over 1 lakh users, the post claims, German terrorist attack: If the school is full of Hong Kong's destruction of the public canal

Foreign police would shoot and kill the mob who vandalise the subway.

German terrorist attack: If the school is full of Hong Kong's destruction of the public canal, the police are actually doing this! The international standard police officer is playing with you, blocking the law enforcement and shooting! The ghost-washing people raise the flag and play freely. The Hong Kong mob should depart early and return to the shore. Now, he is still arrested and arrested. [General’s evaluation of the world E25]

News Verification: The video post from China has been shared over 100,000 times on social media.

In the video as can be seen many people running for their life, it looks like they are being chased by armed police.

A video was posted on social media prior the above viral video a few days ago suggesting all this was mere exercise. Below is the tweet.

The video description translated to, “Around 1,500 participants, including 300 police officers, conducted an anti-terrorist maneuver at Nuremberg train station on Wednesday night. This was completely closed for the exercise. Some of the officers staged an armed attack on the station, which was beaten back by the other police officers.”

Hence the video is not from hong kong protest,