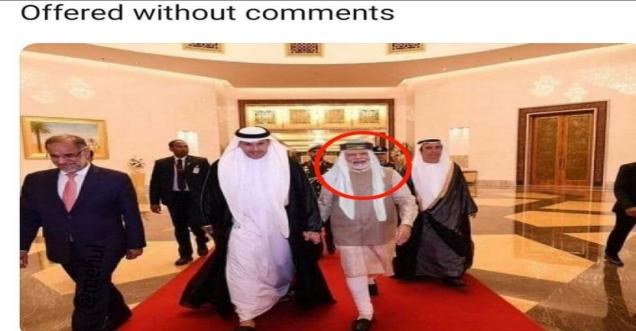 Facts Check Analysis: Swati Chaturvedi tweeted a morphed image of PM Modi, in which he can be seen wearing Arabic Attire during the UAE visit. Through the morphed picture, Swati wanted to convey the message that though the PM shows Hindu faith, he is ready to adapt to Arabic culture, in the presence of Arabic HH the Crown Prince of Abu Dhabi, Sheikh Mohammad bin Zayed Al Nahyan..

After the original image posted by the ministry , she deleted the image she posted earlier and asked for unconditional apology.

Continuing the momentum of high-level exchanges

Other tweets which turned out to be fake by Swati Chaturvedi

The below video shows the actual event in the parliament.

Has India ever had a PM like Modi & a prez like Shah who have thuggish palpable contempt for all democratic institutions? Serious Q https://t.co/dzVvc2Xr2e

Really sorry for the loss. BJP will of course deploy new person from whom you have to take order on what to show, whom to Target during Prime Time. The person might not be as Suave with impeccable English as AJ but you don’t have a choice anyway https://t.co/iFrG6e3PDq