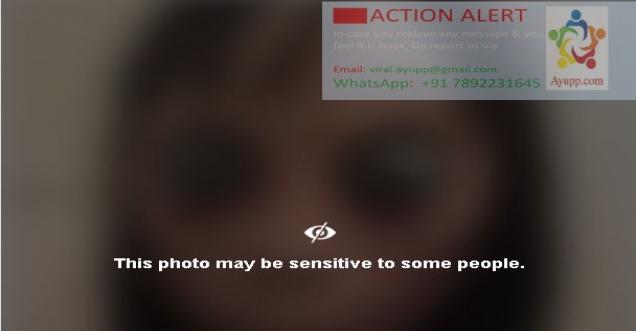 Viral Claim: Many different messages are viral on the social media called as Momo Challenge, where the children’s are tricked are asked to perform dangerous stupid stuff. On YouTube.

Just a post for my 'Mama Friend's'
👇
FUMING IS NOT THE WORD, PASS THIS ON

So apparently there is a new thing called "the Momo challange" where this head thing is telling kids on YouTube to do dangerous stupid stuff. It starts with it coming out of an egg then develops in to hide and seek then moves on to more "fun stuff like" , turn the oven on, take pills, how to stab someone etc 😡

Your children will tell you this isn't true as it threatens them not to say anything orels bad thing's will happen to family members.

Apparently its leaked on to kids YouTube and comes on half way through a video to avoid being caught by adults and scares your kids in to saying nothing but doing dangerous stuff.

This has to be one of the most horrendous things iv ever seen. The face of it is a joke but the concept is horrendous.

Would hate for this to happen to any of my friend's and family.

Until YouTube can 100% guarantee this is not a thing, there will be no more YouTube in this house.

The Momo Challenge is an alleged form of cyberbullying that spreads through social media and cell phones, Targeted towards young children. After phone users are enticed to contact a user named "Momo", they receive graphic threats from the user and are instructed to perform a series of dangerous tasks. Despite claims that the phenomenon was reaching worldwide proportions in July of 2018, the number of actual complaints is relatively small, and no police force has confirmed that anyone was actually harmed. Reports on and awareness of the alleged challenge rose in February 2019 after the Police Service of Northern Ireland posted a public warning on Facebook. It issued momo challenge advisory.

This game conceals itself within other harmless looking games played by our kids! There has also been reports of parts of the game being viewable on YouTube

Our advice as always, is to supervise the games your kids play and be extremely mindful of the videos they are watching on YouTube. Ensure that the devices they have access to are restricted to age suitable content.


As per Wiki, The Momo Challenge or momo challenge cyberbullying  gained the public's attention in July 2018, when it was noticed by a YouTuber, ReignBot. Targeting teenagers, people presenting themselves as "Momo" on WhatsApp messages try to convince people to contact them through their cell phone. As with other Internet "challenges" phenomena such as Blue Whale, players are then instructed to perform a succession of tasks, refusal to do so being met with threats. Messages are subsequently accompanied by frightening or gory pictures.

Although authorities have not confirmed any physical harm directly caused by this "challenge", police forces and school administrations on several continents have issued warnings about the Momo Challenge and repeated common advice about Internet safety. WhatsApp is encouraging its users to block phone numbers engaging in this practice and to report them to the company.

Commenting on the numerous rumours of suicide related to the Momo Challenge, web security experts have stated that the phenomenon is likely a case of moral panic: a sensationalised hoax fueled by unverified media reports. By September 2018, most phone numbers associated with "Momo" were out of service.

We did not find anything as momo challenge cases which can actually prove that it is widely spread, however there can be several contents over the social media which can influence people and especially children’s to follow such acts.

momo challenge in youtube: The momo challenge is much in similar to the blue whale challenge. Recently YouTube was accused of not being careful with exposing minors to objectionable content on its platform.

States like West Bengal and Odisha had issued advisories on such self-harming game, alerting parents and educational authorities, to be careful.