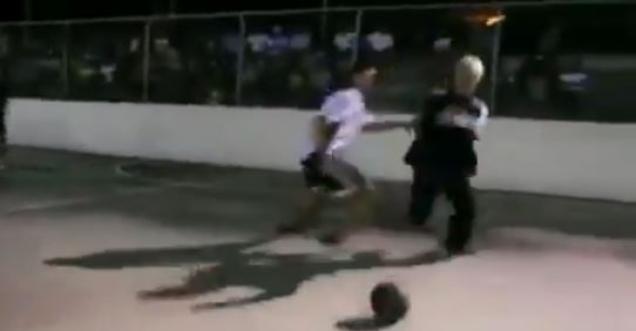 Facts Check News: A video of an old man showing his football skills is going viral on social media. It is claimed in the video that the man Amadeu Carlos, is 76 years old and Brazil's under 17 coach.

The video does not depict a true football coach. The person in the video is renowned French freestyle footballer Séan Garnier, who is dressed as an old man for this video. We found the video of Séan Garnier uploaded on Jun 2, 2014, on youtube.

He mentions in the video “While a group of friends is playing football in a park, the grandfather Memo (Séan Garnier) interrupts the game and gives it a twist. Find out what happened on the court. Experience the excitement of soccer with Coppel.

Arnaud "Séan" Garnier (born 18 June 1984 in Sens, France) is a French freestyle footballer. He began as an association football player, notably for Auxerre and Troyes, but his professional career was cut short due to injuries.

In 2006, Garnier studied to become a football instructor and started a program of urban freestyle art gaining fame for his own style and skills. He was taught by the current world champion Benjamin Aw.

Hence the above viral news of 76 years old football coach is false, as the person in the video is Séan Garnier and not Amadeu Carlos