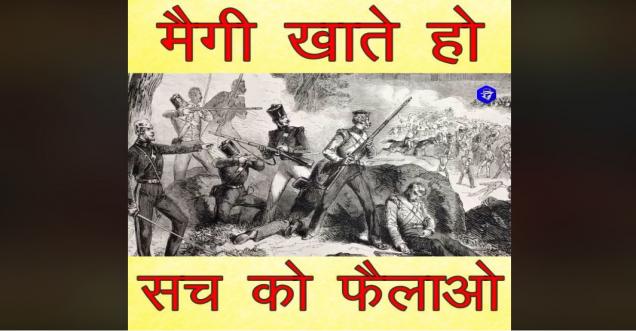 The archived version of the link can be seen here.

Facts Check Analysis The viral video has been viewed by more than 9 lakhs times on the social media facebook and being shared by more than 13,000 times as well.

The video takes us back in the 18th century, stating how pork has been used in products like chocolates, corn flakes and packed food. The title and content of the video do not match entirely. The video maker claims that pork is being used in almost most of the product to enhance the food taste. Pig is being used as a part of the flavor enhancer.

There is no where direct mention of Maggi in the video, however it says about the entire history of pig fat and its usage.

As per Maggi “E635 is a flavour enhancer used in MAGGI® Noodles. It is completely vegetarian in its origin and is made using Beetroot and Yeast extracts.”

Used in many products. Mainly used in low sodium/salt products.

In our searches no where we found this content starting with E series containg Pig elements in it. Hence we find the video shared being misleading from the title it has given.