video showing Sikhs being viral in the name of NRC 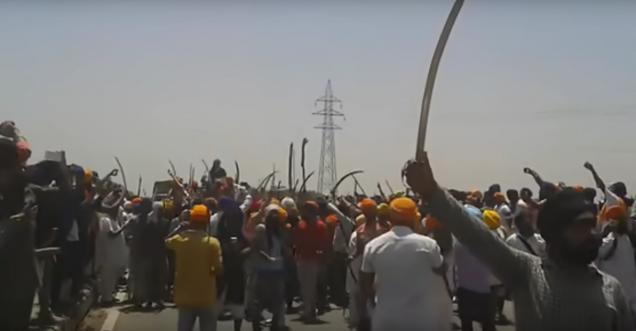 Fake news claim: Demonstrations were held in many places in the country regarding citizenship law and NRC. Meanwhile, much fake news related to this also went viral. Now a video of Sikhs is going viral, in which Sikhs are seen performing slogans. It is being claimed that Sikhs performed this protest in Punjab against NRC.

News Verification: While sharing this video of 2 minutes 26 seconds, a user wrote that, 'No police personnel were present during the protest in Punjab today against NRC

The investigation revealed that the viral claim was false. The viral video is three years old. The video available on YouTube titled “Live From Beas (Shiv Sena not Come to Amritsar), uploaded on May 25, 2016”

According to reports, the Sikh radicals took out a rally in response to the Lalkar rally of Shiv Sena. As reported in hindustantimes news dated 25, 2016, Amid heavy security arrangements, Sikh radicals from across the state started gathering on the bridge early morning. They raised slogans against the Shiv Sena and the state government.