The Union Home Minister said, “I applaud our courageous Indo-Tibetan Border Police (ITBP) personnel, who would be operating this COVID care facility during these trying times. Their commitment to serving the nation and the people of Delhi is unparalleled”. Shri Amit Shah emphasized that the Union Government under the leadership of Prime Minister, Shri Narendra Modi is committed to providing all possible help to its citizens.

The Home Minister also thanked the Radha Soami Satsang Beas and all others who helped to create this huge COVID care facility. The Union Minister of State for Home Affairs, Shri G. Kishan Reddy, the Chief Minister of Delhi, Shri Arvind Kejriwal, the Union Home Secretary, Shri AjayBhalla and senior officials of the Delhi Government were also present on the occasion.

Visited the 'Sardar Patel COVID Care Centre' in Delhi to review its preparedness.

I thank Radha Soami Satsang Beas and all others who helped to create this huge Covid care facility.

This 10,000 bed centre would provide huge relief to the people of Delhi. pic.twitter.com/qB0OrP5vxY

I applaud our courageous @ITBP_official personnel, who would be operating this Covid Care facility during these trying times. Their commitment to serve nation and people of Delhi is unparalleled.

Modi govt at the centre is committed to provide all possible help to its citizens. pic.twitter.com/p5RaDomna4

Union Home Minister, Shri Amit Shah has said that “Modi Government is handling the Covid situation very appropriately and the situation in Delhi is under control”. In an interview to a news agency, Shri Amit Shah said “there is no community spread in Delhi and there is no reason to worry”.

Union Home Minister said “Deputy Chief Minister of Delhi, Shri Manish Sisodia, in a statement made during the second week of June, had said that the situation in Delhi is bad and that by the end of July the Covid infected population in capital Delhi would rise to 5.5 lakh, causing anxiety among the residents”. Shri Amit Shah said “normally it is the responsibility of the Delhi Government to take necessary steps to tackle the Covid situation, but Government of India stepped in to coordinate the efforts after the comments made by Deputy CM”. Considering the gravity of the situation, Shri Amit Shah said “he convened a coordination meeting on 14th June so that Central Government could help the Delhi Government in tackling the situation. Due to more testing now, there is a jump in the infection rate, but on the flip side there is an advantage that those who have been tested and found positive will be kept in isolation, which will help in checking the spread of infection”.

Union Home Minister said “he visited LNJP Hospital, to give a boost to the morale of the health workers and create confidence among the people. Various steps were also taken during the visit, such as the installation of CCTV cameras in each ward, provision of the secondary canteen to ensure continuous supply, pysho-social counselling of health workers and real-time bed status information. Interaction with doctors over their difficulties helped in providing inputs for future strategies”.

Shri Amit Shah said “there are 30,000 beds available today compared to 9,937 beds as on 14th June. As a result, we are in a much better situation today as against the situation that prevailed in the beginning of June”. Union Home Minister said “House-to-house survey in all Containment Zones in Delhi will be completed by 30th June. Besides, serological survey has also been started”. Shri Amit Shah said “Efforts have been launched in collaboration with Delhi Government and MCD to check the spread of Coronavirus before infection. Reiterating that Delhi has not yet reached the stage of Community Transmission, he said testing is being scaled up, there is no need to panic”.

Delhi Government had announced a ban on treatment of outside patients in hospitals run by the Delhi Government. Shri Amit Shah said “Delhi being the national capital, people from different states come here for treatment. Central Government overturned this decision to make sure that the rightful treatment is given to everyone”, the Union Home Minister said.

Union Home Minister said, “Earlier last rites were not being conducted in a rightful manner so at the meeting held with Delhi Government it was decided that the last rites of all the deceased lying in hospitals would be done within two days according to the customs of the religion to which they belonged to, and now there is no pendency on this account”. Shri Amit Shah said “the high rates of COVID-19 treatment in private hospitals was bothering the citizens of Delhi. Therefore, a decision was taken to reduce the rates for beds and treatment which provided relief to the people of Delhi. It was also decided to involve NCC, NSS, Scouts and NGOs in the battle against the COVID-19 pandemic.

Shri Amit Shah said that “the Government of India has been successful in fighting the COVID-19 pandemic. Our figures are much better compared to the global context. Under the leadership of Prime Minister, Shri Narendra Modi, there have been a partnership between the Union Government, the state governments and 130 crore citizens of the country in the battle against this pandemic. Union Home Minister said that “the nation is standing united as one in this battle and is constantly encouraging our Corona Warriors”. Shri Amit Shah said “the global rate is 1,250 per 10 lakh persons while the infection rate in India is only 357. The Union Home Minister said, “today the recovery rate in India is 57 per cent, while in the month of March it was 7.1 per cent”.

People affected per 1 million population due to COVID

Therefore, Union Home Minister said “India has done much better in comparison with the developed nations”. Union Home Minister said that “if a person has even slightest of symptoms then they should get tested and in cases of people developing very serious symptoms, they should shift to isolation centres in the interest of their families. This will help in stopping COVID-19 infections.

Shri Amit Shah said “along with the announcement of the Lockdown, the Centre and states were in discussion. Nearly all states had made arrangements for food for 2.5 crore migrants. Arrangements had been made for hospitals and quarantine facilities”. Union Home Minister said “63 lakh migrants travelled on about 4,594 trains to their native places. Around 42 lakh migrants travelled through various forms of transport and in total about 1.20 crore people were moved from one place to another”. Shri Amit Shah also said “recently the Prime Minister, Shri Narendra Modi had announced an employment scheme for migrants. Government of India has started a special scheme for the employment of migrants. Wages under MNREGA have been increased. Union Home Minister said “Under the leadership of Prime Minister, Shri Narendra Modi, a series of reforms were announced soon after the pandemic began. These reforms will bring long term benefits. The global economy has been affected by the pandemic and various steps have been taken to minimise its effect on the Indian economy. Under Modi Ji's leadership, India’s economy is still in better condition.

Union Home Minister, Shri Amit Shah appealed to the people of Delhi to go to the nearest testing centre if they develop symptoms, and they should not be worried about institutional quarantine if they test positive, as this is necessary for their and their families’ safety and would play a huge role in stopping the infection. 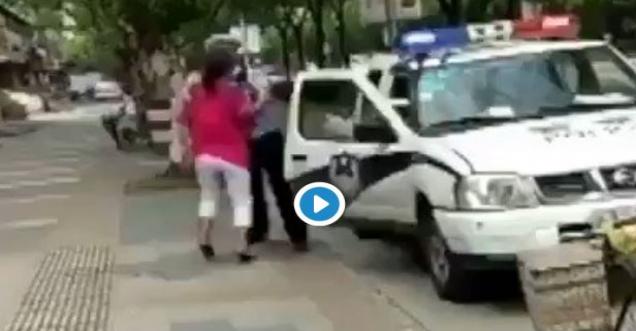 Fact check: In China nobody dares to protest against government/ police brutality